DRAW ME NOT AWAY WITH THE WICKED 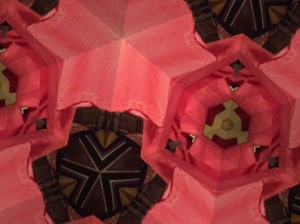 “Draw me not away with the wicked, and with the workers of iniquity, which speak peace to their neighbors, but mischief is in their hearts.”  (Psalm 28:3, KJV)

Life is full of ups and downs.  Only God knows the inner minds of individuals and the secret behind their actions.  At times it is difficult to understand why people behave or act the way they do but the omniscient God cannot be deceived.  This reminds me of a situation in the late 80s or the early 90s about a man and his children.  This man was mean to some of his children because they accepted Christ as their Lord and Savior and were attending Bible studies and other Christian programs.  Suddenly, the man changed his attitude and started behaving well to the children.  The children were amazed and were thankful to God for answering their prayers concerning their father’s attitude.  They were happy that their father showed acceptance of them and their Christian faith, not knowing that he had an evil intention against them.  But the faithful God who created the heaven and earth, who does not sleep or slumber, and who is the keeper of the believers, visited these children through a servant of God who revealed the truth to them.  When one of these children entered the house where this servant of God was, the Lord just spoke through His servant to warn the children concerning their father.  They were cautioned on their father’s ‘great love’ and ‘changed behavior’ because he planned evil against them.  I was astonished that day and I was appreciative of the word of Amos that “Surely the Lord God will do nothing, but he revealeth his secret unto his servants the prophets,” and as the Psalmist says, He who keeps us “shall neither slumber nor sleep,” “The sun shall not smite thee by day, nor the moon by night,” and that is the assurance that the Lord will keep us.

Not too long, the secret of the evil that this man wanted to do to his children was physically revealed to them.  This man felt ashamed and he called the children, confessed what he planned against them, and promised he would not hurt them.

According to this Psalm 28:3, “Draw me not away with the wicked, and with the workers of iniquity, which speak peace to their neighbors, but mischief is in their hearts,” the wicked really covers their evil intention and openly show goodness, but for the children of God, the Lord will never leave us to the will of the devil.  God always protects his people, and gives reward appropriately to the wicked and the righteous.  In the light of this, God will never leave you to be swept away by the sleight of the wicked.  Continue trusting in the Lord, studying in His Word (the Bible) and praying every day.  He will not let you down!

My wife and I realized the need to have a website where our ministries and activities would be made available to a wider range of people and also have an on hand record for people at any time. It seems we are engaging in undocumented efforts when we move from church to church without being able to retrieve all the biblical studies, exhortations, and other relevant writings. We believe that from this website we would make a great impact in the lives of many people through Bible Studies, inspiring messages, testimonies of God’s faithfulness, ministrations, and prayers. People will be able to catch the blessings and benefits that God has for them. This website is a means of obeying the injunction of our Lord who says, “Go ye into all the world and preach the gospel to every creature” (Mark 16:15). MISSION STATEMENT To reach out to the world with the gospel of Christ; sharing the good news that God has for people in whatever position or situation they may be, and to share our personal experiences about the faithfulness of God.
View all posts by Gabriel & Grace Akinbode →
This entry was posted in Prayer and tagged Confidence in God, evil intention, God answers prayers, God's protection, gospel work, Jesus Christ, moon by night, prayer and faith, presence of god, religion, Salvation, servant of god, theology. Bookmark the permalink.

This site uses Akismet to reduce spam. Learn how your comment data is processed.